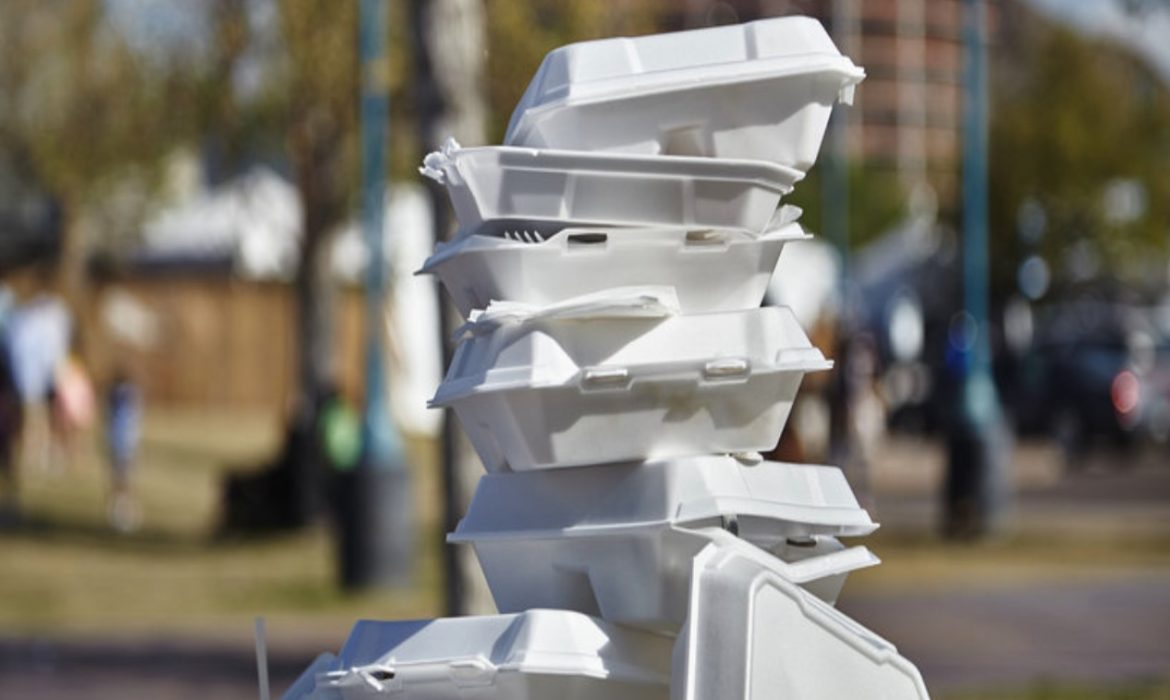 Maine is the first state to ban the Styrofoam ( a Dow Chemical trademark) products. The ban goes into effect January 1, 2021.

New York City’s ban went into effect earlier this year,and hundreds of other cities and towns across the nation are following.  A partial list includes:

Styrofoam is commonly used in disposable products that are only used once. Scientists estimate it will take between 500 and a million years to break down into tiny pieces. The only problem is it cannot be recycled and it never goes away.  It is slow to break down and fragments into small pieces, choking animals that ingest it, clogging their digestive systems. Styrofoam and other plastics currently make up about 30 percent of the landfill volume in the United States.  The micro-plastic particles  are piling up in our oceans and soil.

Beth Terry, author of  Plastic-Free , wrote this guide explaining how producing and using plastic pollutes the air. When it comes to the foamy EPS in particular, here are some other objections to using it: